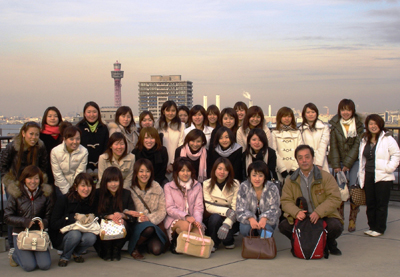 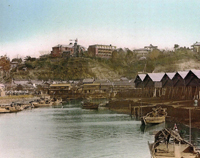 ～TEA BREAK～
Who Is the Most Powerful Women in the World?

Well, this year Forbes gave the top spot to Angela Merkel, Germany’s first female chancellor. Number two is the US Secretary of State, Condoleezza Rice. Number three is the Chinese Vice-President, Wu Yi. The rest of the Top 10 are business executives, led by the CEO of PepsiCo, Indra Nooyi, who was born and educated in India. The list includes just 53 Americans, indicating the growing power of women worldwide. And more than ever before, women are becoming heads of states, not just companies. However, there is only one Japanese woman on the list. She is Hayashi Fumiko, CEO of the supermarket chain, Daiei.

Forbes ranks power by using an index based on (1) visibility in the media, and (2) economic impact. Merkel has a very high profile as leader of one of the most important countries in Europe. The German economy also plays a huge role in the global economy. That’s what gave her the top spot. If you are interested in these issues, come to Ferris, where you can learn more about Germany and German politics.

But what about power? The philosopher Nietzsche once said that everybody wants power-that we all have a“will to power”. But calculating power by media visibility and economics is only way of thinking about power. There are many other ways. If you think about power differently, you might also include scientists and thinkers, actresses and artists, and other types of pioneering women on the list. You can learn more about power by studying sociology at Ferris.

Right now though, you just might like to think about who are the 100 most powerful women in Japan.